Former BCCI President Anurag Thakur on Thursday came out in strong support of India captain Virat Kohli and criticised the Board of Control for Cricket in India (BCCI) for not standing behind their captain. Thakur took to social networking site twitter to vent his anger out on the entire episode and termed Kohli as a legend of the game. Thakur also lashed out at Cricket Australia officials for targeting Kohli over the DRS controversy in the ongoing four-match Test series, terming their conduct “disgraceful” and “arrogant”.

Thakur, who was removed from the post of BCCI president early this year by the Supreme Court in the wake of the Lodha Committee recommendations, said that Cricket Australia has always tried to dictate terms to India.

“DISGRACEFUL behaviour by Australian media & @CricketAus officials in the way they are talking abt a legend of the game @viratkohli,” Thakur wrote in a series of tweets.

“Its the fault of @BCCI & complete arrogance of @CricketAus who’ve alwys tried to dictate terms in cricket and target players,” he added.

Its the fault of @BCCI & complete arrogance of @CricketAus who’ve alwys tried to dictate terms in cricket and target players. 3/3

Taking a dig at Kohli, CA Chief Executive James Sutherland had said that he was not sure if the Indian captain knows how to spell the word “sorry”.

“Look I am not sure he knows how to spell the word,” said Sutherland on a chat with an Australian radio station.

Sutherland had called truce with the BCCI following the DRS controversy after Australia captain Steve Smith sought dressing room help to decide whether to take a review or not during the second Test in Bengaluru.

But Thakur felt those currently at the helm of BCCI affairs did not fully stand by the Indian team.

“What sort of ‘truce’ ws this? @BCCI compromised the integrity of their #TeamIndia Capt @imVkohli & didn’t stand by their players & team,” he said.

What sort of ‘truce’ ws this? @BCCI compromised the integrity of their #TeamIndia Capt @imVkohli & didn’t stand by their players & team. 2/3 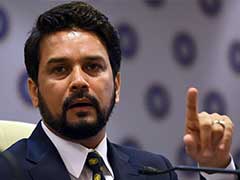 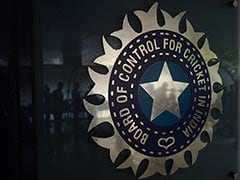 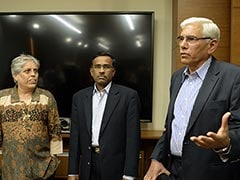